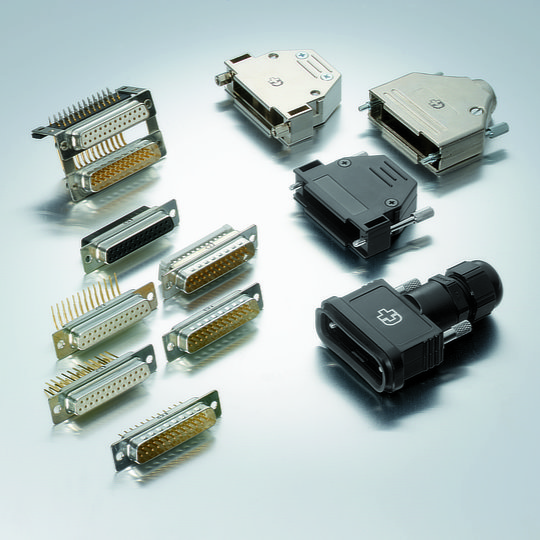 D-Sub Connectors - All you need to know

Home » News & Blog » D-Sub Connectors – All you need to know

D-Sub Connectors - All you need to know

The D-subminiature connector, more commonly known as a D-Sub connector is a family of connectors that were introduced by Cannon in 1952 and they are still being widely used today. Although in today’s electronic marketplace technology is ever-changing and adapting to meet consumer wants and needs. Despite being over 60 years old, there are still plenty of devices using D-Sub technology that we are still reliant on. In this article, we are going to discuss what D-subs are, where they are commonly used, what they look like and their importance in today’s modern world.

What is a D-Sub Connector?

The D-sub is one of the most popular electronic connectors in the world, with many types, sizes, and applications. It is a very versatile type of electrical connector. These compact connectors take their name from their characteristic D-shaped shield. D-subs establish a connection between two points to facilitate the transfer of information or power.

D-subs were used for monitors and disk drives, now they are used for industrial and military networking, sensors and in areas where electromagnetic interference can be an issue to the device or the to the environment. 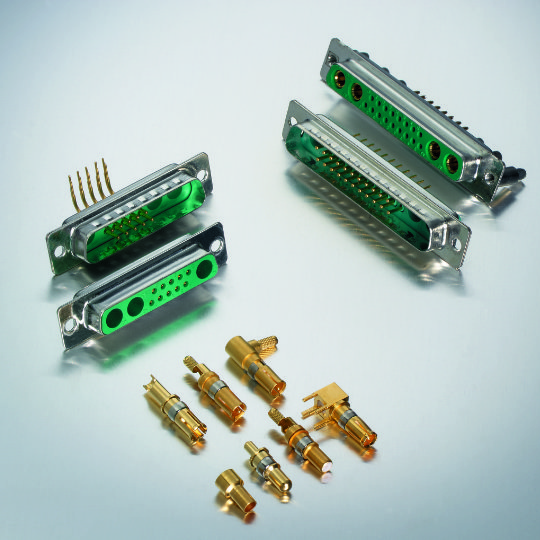 Combi D-Sub Connectors are a hybrid connector featuring different connector styles within a D-Sub housing. This allows designers the ability to have a mix of different contacts within a single D-Sub whether these be signal, high current, high voltage, coaxial or pneumatic. Deltron AG, a Swiss manufacturer of high-end D-subs have 24 standard styles to choose from each offering distinct features within 5 different housing sizes. The number of contacts range from 2-43. Terminations can be either solder pin, press-fit or solder cup. The power contacts can be 10A, 20A, 30A or 40A and can be requested with sealing up to IP68.

To understand more about IP rating please see the blog on our website which explains it in more detail here.

Dual-Port D-Sub Connectors are designed for applications that require multiple connector ports with limited “PCB” space, through the stacking of two 90° D-Sub connectors, one on top of the other. Dual Port D-Subs are available in various designs with numerous assemblies and the number contacts range from 9-37. 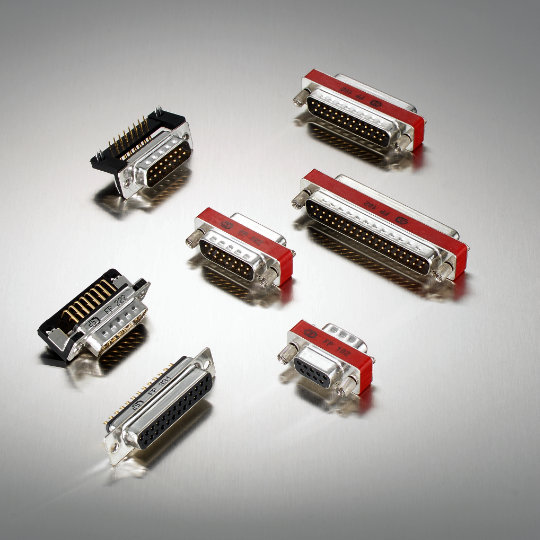 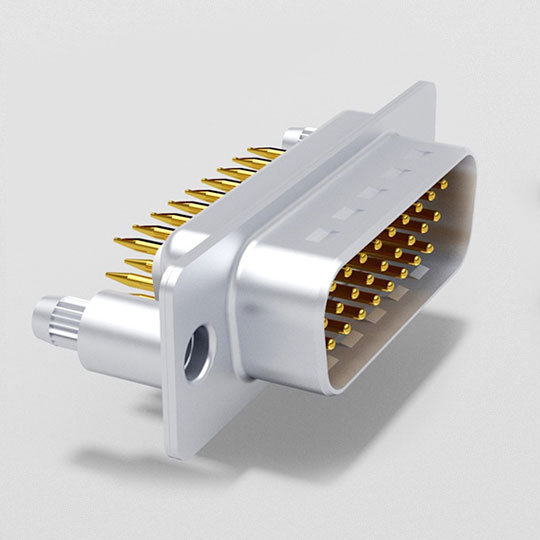 High-Density D-Sub Connectors are designed for applications which require the best possible contact density. Due to the high density of the 15, 26, 44, 62 and 78 contacts, this series is ideal for the most modern applications. A very common high-density connector is the Video Graphics Array (VGA) connector which is a 3 row 15 pin connector used in computers.

D-Sub Hoods are designed to perfectly match Deltron AG’s range of high-quality D-Sub connectors. They are available in 9, 15, 25, 37 or 50 pin versions. The D-Sub Hoods provide optimum protection to the connector to prevent damage.

They are shaped like the letter “D,” with one side slightly longer than the other. Due to the shape, there is only one way to connect a device. All D-Sub connectors have a metal housing that surrounds two or more rows of male or female contacts. Inside the housing, the contacts are aligned to match the equivalent pins or sockets in the mating half of the connector. The contacts are generally gold-plated copper alloy, and they are surrounded by a layer of insulation made from a variety of materials, including glass-filled thermoplastic, a common insulating plastic.

What is a D-Sub Connector used for?

D-Subs were once heavily used in home computing, printer cables, computer game controllers, external floppy disk drives, network ports and multi-channel audio recording systems but technology has advanced the need for D-subs has decreased in these areas. As previously mentioned, they are now predominantly used in industrial, aerospace, military, transportation and medical diagnostics because they are extremely rugged, small enough to fit into tight spaces, have a very long-life cycle and can withstand being exposed to harsh environments.

Due to their ability to be created in multiple variations, be environmentally sealed & locked and have EMI filtering, D-Subs are used in many industries such as aerospace, military, industrial, transportation and medical. They are commonly used in critical applications such as helicopters, combat aircraft, high-speed rail, patient monitors, ultrasound and MRI imaging.

What are the advantages and disadvantages of a D-Sub Connector?

As modern technology is forever changing and constantly becoming more lightweight and sleeker, D-Subs are being utilised less on modern devices like laptops, monitors and televisions where physical depth and weight are important to the user. D-Sub connectors take much longer to plug in and unplug due to their size and termination, unlike USB and HDMI connectors.

The advantages of D-Sub Connectors are they are extremely rugged and can be used in harsh environments. They are small enough to fit into tight spaces and have a long-life cycle. They are diverse and work well within many different industries as we have discussed throughout. D-Subs are well suited for locking technology which means that hardware keeps the plug and socket components in the mated position, they have several different terminations e.g., solder, screw and crimp meaning they offer better resistance to tampering as well as jostling. As can be seen, the D-sub technology may not be the most up to date solution but remains the best solution in many different environments.